A couple of years back, I started doing the “HoopTober Challenge” created by user Cinemonster over on Letterboxd because I love horror (obviously), making film lists, and being challenged to watch new stuff. During that time, there was one film that popped up on numerous lists in the category of “Films From Another Country”: 1973’s Belladonna Of Sadness. Given the fact that I’m also doing the “Horror x52 Challenge” and the “Birth Year Challenge”, both created by user kynky, waiting until now to watch it helped me kill two birds with one screening.

Belladonna Of Sadness (aka Kanashimi no Belladonna; La Sorciere, Tragedy of Belladonna, or Belladonna) is an animated Japanese production written by Yoshiyuki Fukuda and
Eiichi Yamamoto, and directed by Yamamoto, based on Satanism and Witchcraft by Jules Michelet. It tells the tale of young Jeanne and Jean, lovers preparing to wed in medieval France. Seeking the approval of the local Baron on their wedding night, the Baron instead demands a tax from Jean that he knows cannot be paid. Going beyond claiming “prima nocta”, the Baroness encourages her husband to share Jeanne with the entire court. 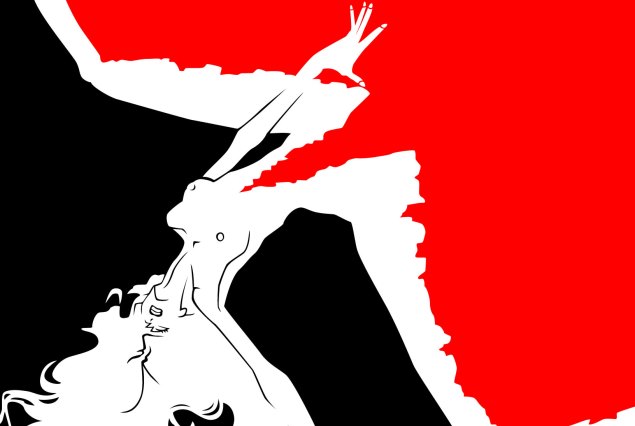 Follow this, Jeanne vows her revenge, and in doing so sows the seeds to allow the devil in. Jeanne rises within stature and wealth within the village only to be struck down by the envious villagers and the wicked Baroness. When she has hit rock bottom after being cast out of the village, the devil manifests in his full power and seals the pact with Jeanne that brings her into her full powers as well. 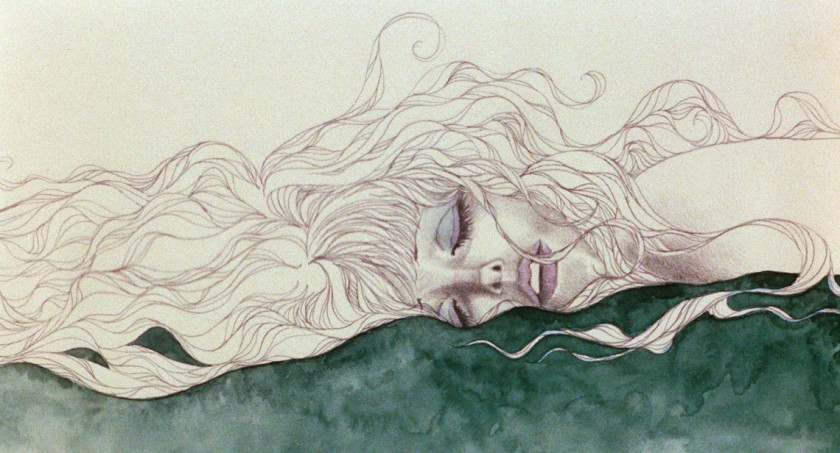 For the rest of the story, I encourage you to go watch this for yourselves, Fright Fans. This film is visually stunning and quite beautiful at times with the primary use of water colors for the animation. Most of the animation is actually camera pans across still paintings, but you let that go as the story draws you in as you cheer for Jeanne to gain her vengeance. The score by Masahiko Satoh is dead-on jazzy 70’s but not to the point of being obnoxious and fits perfectly.

The obscurity of this film is one of the reasons I picked it for this post, but there are some definite WTF?!? moments within it as well, dear readers. The animation depicting Jeanne’s rape is visually shocking in the way that it combines symbolism with the literalness of this violent assault. There is also nudity and fairly graphic sex many times throughout the film, including the devil looking (and acting) very phallic whenever he appears, growing larger with each appearance. And at about the 19 minute mark, I think I witnessed the birth of tentacle hentai when Jeanne’s torn dress kind comes to life.

But the capper for the sex scenes? Well the orgiastic magical rites that Jeanne enacts with the villagers, of course. I’ve been mulling over how to best describe these scenes for the last day or so, and here’s the best I can come up with: Picture Yellow Submarine and The Electric Company (yes, the 70’s kids show with Morgan Freeman and Rita Moreno) dropped acid with shrooms and formed the largest gang-bang daisy chain you’ve ever seen. … You want to go watch it now, don’tcha? Wait! I left out the bit that looked like someone giving a shocker to a greyhound. Don’t worry. You can’t miss it.

The witchcraft, possession, murder, and devils make this an amazing Asian art-house entry into the sub-genre of animated horror, and I highly recommend watching this wherever you can. It’s currently up on Shudder and has been played on Turner Classic Movies “Underground” block on Saturday nights in the past. Let me know what you think when you do. It does cast quite the spell on a viewer.