Friday the 13th, the iconic godfather of the slasher film, turned forty this weekend. The fact that this movie is nearly as old as I am, and has been a part of my life for as long as I can remember, is a big part of why I hold it so dearly. But this movie holds way more appeal to me than just the sentimental, so allow me to rhapsodize. This movie has it all-weed, snakes, sex, Kevin Bacon…what more can you ask for? 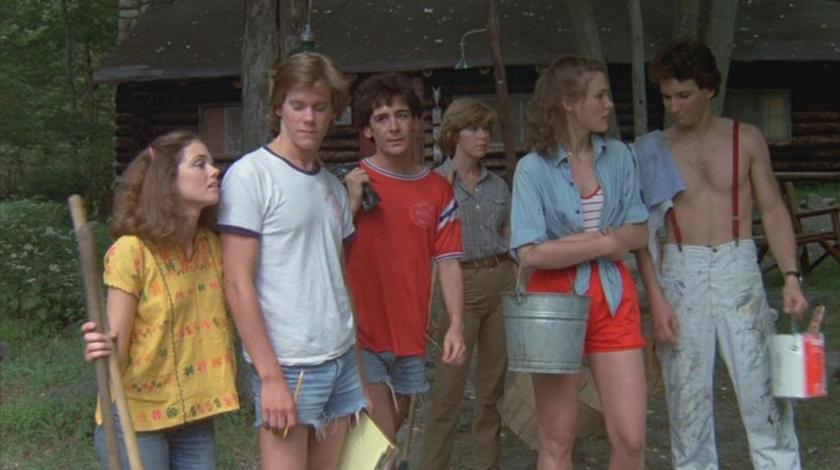 Directed by Sean S. Cunningham, and made for a budget of $550,000, Friday the 13th was the 18th highest-grossing movie of 1980, and eventually went on to spawn one of the most iconic horror franchises in history. And while it was, and still is, beloved by horror fans, it had its detractors, including Gene Siskel, who loathed it so strongly that he spoiled the ending in his review, and the MPAA, who insisted the sequel have less gore, because they have no sense of adventure. It’s been said that the writer, Victor Miller, drew inspiration both from the stalwart Halloween and also the classic comedy Meatballs, which has a definite “two great tastes that taste great together!” vibe to it.

If you’ve never seen Friday the 13th (which, incidentally, is an issue you should remedy immediately, after reading and liking this post, of course), the movie starts with a serene night at Camp Crystal Lake in 1958, with songs being sung around the campfire. The children of the camp are sleeping in their cabins, which we know because we get an unsettling POV (and the first hint of Harry Manfredini’s deliciously minimalist score) of someone creeping through, watching them doze. Within minutes, the person has come upon a couple of counselors making out, and Willie Adams officially becomes the first victim in the franchise.

(Annie, we hardly knew ya!)

Then we come to Friday the 13th in “the present day”, where would-be camp cook Annie (Robbi Morgan)  is trying to find a ride to Camp Crystal Lake. She hitches a ride with Enos, who gives us some solid exposition on the dark history of “Camp Blood.” Annie is one of my favorite characters in the franchise, even though our time with her is short, and her sweetness and joie de vivre make her bloody, untimely death all the more shocking. We also meet the rest of the counselors: Marcie (Jeannine Taylor), Jack (Kevin Bacon), Bill (Harry Crosby), Brenda (Laurie Bartram), Ned (Mark Nelson) and slightly creepy camp owner, Steve Christy (Peter Brouwer), who is infatuated by one of the most well-known final girls of all time, Alice (Adrienne King.) The Meatballs influence is clearly seen in the banter between the counselors, most notably so in the scene with Officer Dorf (Ron Millkie), who “ain’t gonna stand for no weirdness out here!”

(Told you Steve was creepy)

We also get to meet the predecessor to sooooooo many horror movie doomsayers, Crazy Ralph (Walt Gorney), who assures them that they’re all doomed, which they totally are. He appears earlier in the movie, but really cements his place in Friday history with his jump scare appearance in the pantry. From there, there are sexy times aplenty, but also murders aplenty, because vengeance is mine, sayeth the mom. What’s interesting about this movie is that, while its OG slasher, Pamela Voorhees (Betsy Palmer) loses her head at the hands of Alice at the end, this little movie ended up spawning not only a prolific amount of sequels, it also led to the creation of one of the most well-known horror icons of all time, the one and only Jason Voorhees, who appears as the avenged child in this film. Luckily for all of us, Jason’s vengeful streak is as strong as his mother’s, but also has a tinge of the supernatural to keep it interesting, the precursor of which we see in his inexplicable appearance (and pee your pants moment) at the end of this film. He wasn’t a very good swimmer, but he seemed to have gotten the hang of it in the scene with Alice. 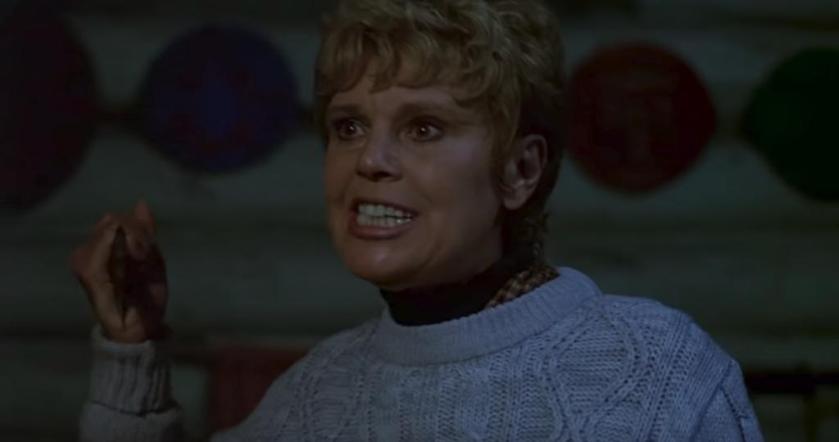 This is one of those rare movies that checks off all of the boxes for me, and always has. It’s got gore, it’s got a kickass score, it’s got sex, it’s got strong women, it’s got a creepy ghost/child, it’s got a plot twist-check, check check, check, check, check. I’ve seen it more times than I can count, yet I always get sucked into it, because it’s just such a fun ride. It’s also among the movies I consider “comfort food”-the movies I know so well and adore, and can throw on any time and end up in a better mood than when I started it.

So happy anniversary, Friday the 13th-you’ve slashed your way into our hearts and the public consciousness, and the world is a better, bloodier place for it!