Summer is here, and so is our 4th annual “Summer of Stephen,” where we review a Stephen King story and the film adapted from it. Join us as we kick this year into gear with CHRISTINE.

Because it’s a short episode with just Joe and Chris, get it? A quick chat about recent viewings and news items in this one. Enjoy this bite-sized treat!

We take a detour through the funhouse for this round of Drive-In Double Feature as we discuss HELL FEST (2018) and HAUNT (2019).

Time to crack a book open for a round of Lethal Literature as we discuss Clive Barker’s “The Last Illusion” (1985) and his film adaptation of it, LORD OF ILLUSIONS (1995).

Pull up the closest palm tree and settle in to learn our individual “Desert Island” picks for horror books. 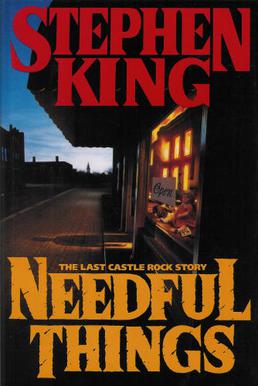 We wrap up this year’s Summer Of Stephen with a visit to Castle Rock, Maine, via NEEDFUL THINGS. Caveat Auditor, Fright Fans!

I like to think most people my age discovered Sasquatches the same way I did, the Bigfoot episode of IN SEARCH OF… that originally aired on April 28, 1977. As I would have only been two years old at the time, it was surely a rerun sometime during the show’s initial six year run that I caught. Young me was glued to the television screen from the moment Leonard Nimoy began speaking and the synth theme music played. Just the still photo from the Patterson-Gimlin film alone turned me into THE X-FILES’ Fox Mulder, I *WANTED* to believe. So, when I found out Max Brooks, author of the amazing Zombie epic WORLD WAR Z, was releasing a book about Bigfoot it was immediately added to my summer read list. 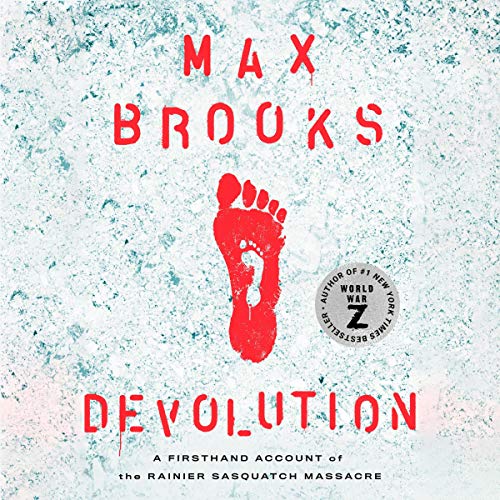 DEVOLUTION is about a reporter trying to piece together what happened to the people living in a secluded, high-end, eco-friendly community of Greenloop about a year after a volcanic eruption of Mount Rainier. The story unfolds via journal entries kept by Kate Holland, a Greenloop resident who is still missing at the time of the investigation, interviews with experts on zoology, and a Forest Service officer. What begins as a tale of people trying to live in harmony with Mother Nature turns into a nightmare when the residents discover they aren’t the only living things in the area searching for food and survival.

After the eruption of Mount Rainier, Greenloop is cut off from the outside world. The one access road to the community is impassable and the drone deliveries from Seattle they relied upon for food, supplies, and other goods were no longer possible. As the group tries to decide the best course forward, do they wait to be saved or venture out to find help?, it becomes clear the wildlife, spoiler…it’s TOTALLY Sasquatches!!!!, has taken an interest in them.

While I appreciate the amount of research that must have gone into this novel, I will say the first half of it was a struggle at times. None of the characters were really grabbing my interest at first, and it all felt more like set up than world and/or tension building. Thankfully that all changed around page 130. Once we get the first clear Sasquatch interaction with the community the book had me locked in tight. The final half of DEVOLUTION s the pure definition of “page turner.“

Even with my feelings on the beginning, the sheer quality of the last half of the book has firmly planted this on my “I recommend” list. Especially if you’re a fan of Max’s and/or a fan of Bigfoot. While I read the book, I have to say the audiobook cast looks like it’s more than worth a listen. The cast includes Max Brooks himself, Judy Greer, Jeff Daniels, Nathan Fillion, Mira Furlan, Kimberly Guerrero, Kate Mulgrew, Kai Ryssdal, and the always incredible Steven Weber.

Legendary Entertainment optioned the book for an film just prior to the novel’s release by DelRay on 6/16/20. I’m looking forward to who they tap to write the script, and seeing how they translate the DEVOLUTION’s journal entry sections to on screen action. Fingers crossed it’s not a “film adaption in title only” situation, because certain events in the finale were edge of your seat intense. Plus, like with my beloved Werewolves, we don’t get nearly enough good Sasquatch horror movies and I believe a more faithful adaption of this source material could be one of the good ones. 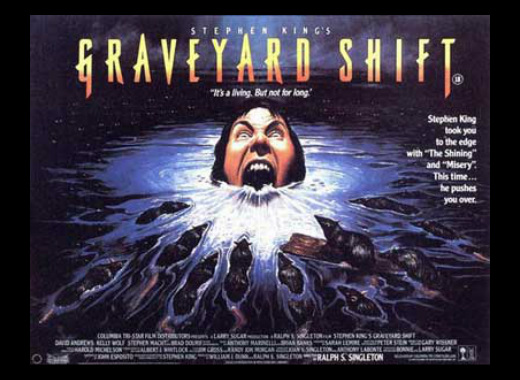 We kick off our third annual “Summer Of Stephen” by discussing the Stephen King short story “Graveyard Shift” (1970) and the film adaptation (1990). 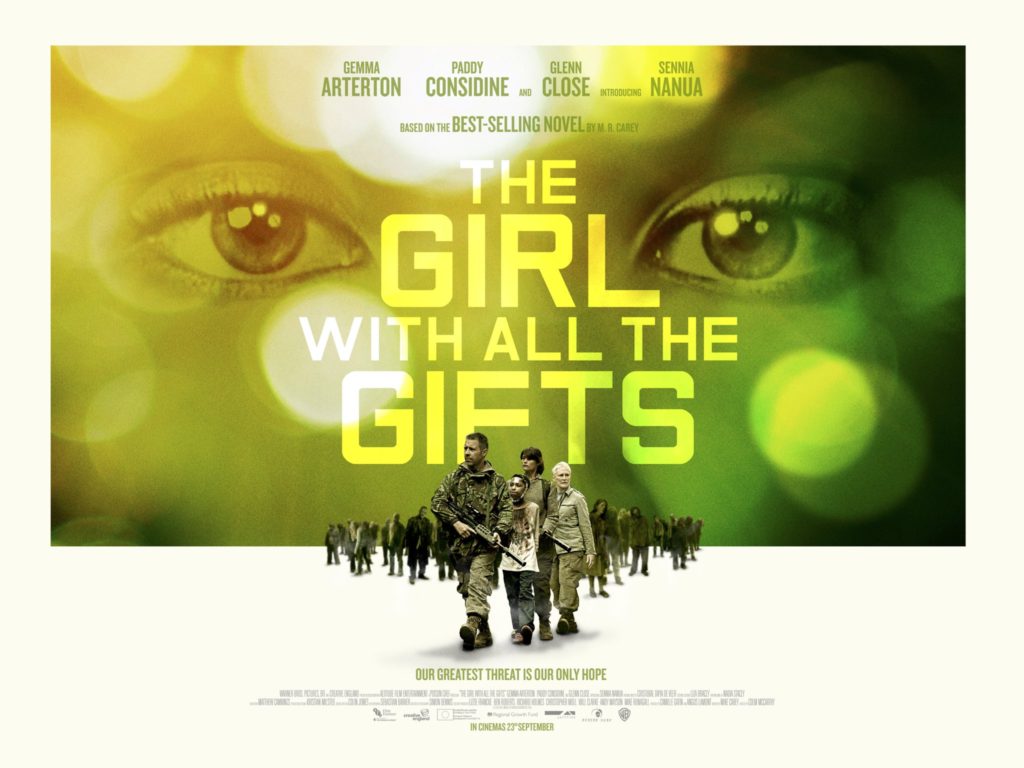 We return to our Lethal Literature series and discuss M.R. Carey’s “The Girl With All The Gifts” (2014) and the 2016 film adaptation. Stay safe, fright fans.

Episode 212 – Lethal Literature: THE GIRL WITH ALL THE GIFTS 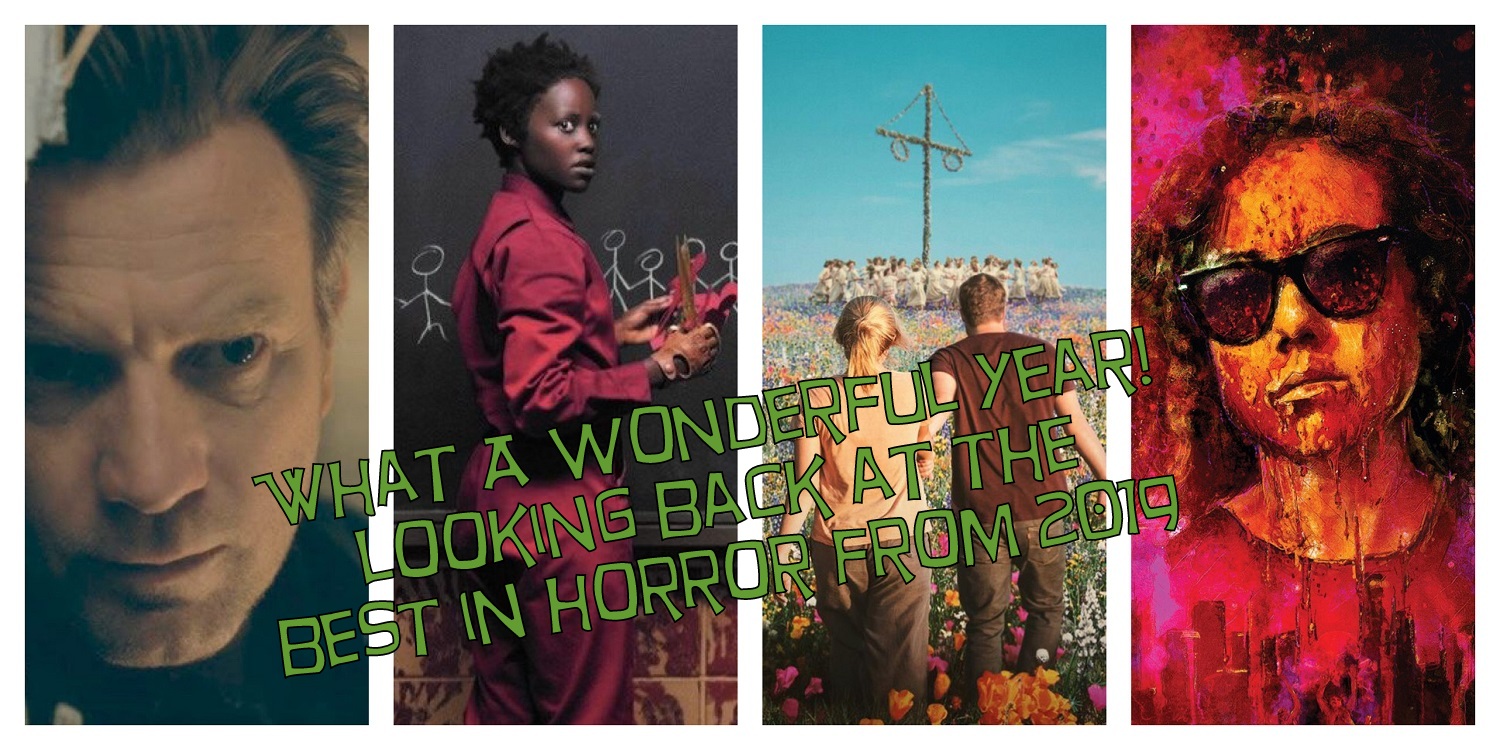 Join us for a look back at 2019 as we share our individual top ten horror films of the year and chat about other wonderful horror gems.

My Tweets
The Podcast Macabre
Blog at WordPress.com.
Loading Comments...